Warning: "continue" targeting switch is equivalent to "break". Did you mean to use "continue 2"? in /nfs/c04/h02/mnt/58994/domains/kvbff.org/html/wp-content/plugins/gravityforms/common.php on line 1121

Warning: "continue" targeting switch is equivalent to "break". Did you mean to use "continue 2"? in /nfs/c04/h02/mnt/58994/domains/kvbff.org/html/wp-content/plugins/gravityforms/common.php on line 1158

Warning: "continue" targeting switch is equivalent to "break". Did you mean to use "continue 2"? in /nfs/c04/h02/mnt/58994/domains/kvbff.org/html/wp-content/plugins/gravityforms/common.php on line 1162

Warning: "continue" targeting switch is equivalent to "break". Did you mean to use "continue 2"? in /nfs/c04/h02/mnt/58994/domains/kvbff.org/html/wp-content/plugins/gravityforms/common.php on line 1186

Warning: "continue" targeting switch is equivalent to "break". Did you mean to use "continue 2"? in /nfs/c04/h02/mnt/58994/domains/kvbff.org/html/wp-content/plugins/gravityforms/common.php on line 2855

Warning: "continue" targeting switch is equivalent to "break". Did you mean to use "continue 2"? in /nfs/c04/h02/mnt/58994/domains/kvbff.org/html/wp-content/plugins/gravityforms/common.php on line 2862

Warning: "continue" targeting switch is equivalent to "break". Did you mean to use "continue 2"? in /nfs/c04/h02/mnt/58994/domains/kvbff.org/html/wp-content/plugins/gravityforms/common.php on line 2875
 Kobe & Vanessa Bryant Family Foundation Programs - Kobe & Vanessa Bryant Family Foundation 
Warning: Use of undefined constant fb_admins - assumed 'fb_admins' (this will throw an Error in a future version of PHP) in /nfs/c04/h02/mnt/58994/domains/kvbff.org/html/wp-content/plugins/facebook-open-graph-meta-for-wordpress/facebook_opengraph.php on line 252

Warning: Use of undefined constant og_type - assumed 'og_type' (this will throw an Error in a future version of PHP) in /nfs/c04/h02/mnt/58994/domains/kvbff.org/html/wp-content/plugins/facebook-open-graph-meta-for-wordpress/facebook_opengraph.php on line 254 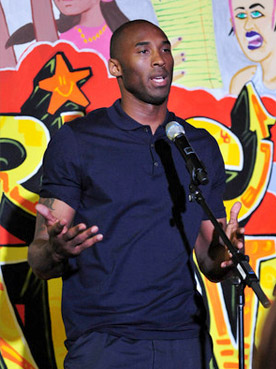 The Kobe and Vanessa Bryant Family Foundation (KVBFF) is dedicated to improving the lives of youth and families in need, and encouraging young people to stay active through sports.

KVBFF operates Mamba FC, a youth soccer club in Orange County that teaches young athletes how to become leaders and independent thinkers, while working together as a group to achieve a common goal through health and fitness.

In order to make a measurable impact on the critical issue of youth homelessness, the Foundation has partnered with a number of local organizations including Step Up on Second, United Way of Greater Los Angeles, and homeless youth drop-in center My Friend’s Place.

My Friends Place is located in Hollywood, which is where the overwhelming majority of the homeless youth population in Los Angeles can be found, and where the need for comprehensive and coordinated services is the greatest. Vanessa Bryant regularly visits the young parents at My Friend’s Place, and hosts an annual holiday celebration for them and their children. KVBFF recently accepted an award from My Friend’s Place for its ongoing support and partnership.

Step Up on Second is a Santa Monica-based nonprofit which has served the homeless population since 1984 and focuses on creating permanent supportive housing in Los Angeles.

In November 2014, Kobe Bryant will serve as the honorary co-chair of United Way’s annual HomeWalk for the fourth consecutive year. Last year, the event drew nearly 13,000 people to raise funds and awareness necessary to provide permanent supportive housing for the homeless. http://unitedwayla.org/homewalk/ 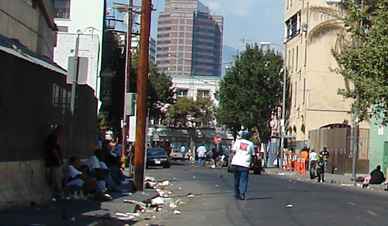 The Initiative’s goal is to have a measurable, positive impact on the critical issue of youth homelessness in Los Angeles.

As of 2013 there were approximately 9,000 homeless youth between the ages of 16 and 24 living on the streets of Los Angeles. Most have escaped abusive homes, been emancipated from foster care with insufficient resources, or were raised on the street as victims of the cycle of homelessness.

Once on the streets, the necessities of survival and the need to cope force youth to compromise their health and well being through high-risk behaviors including prostitution, substance abuse, illegal activity and violence. In turn, they are at great risk of contracting life-threatening diseases, developing drug and alcohol addictions, and demonstrating disruptive behavior thereby increasing the likelihood of juvenile detention and incarceration.

In addition to the material advantages they lack, these youth have insufficient or no family structure. They profoundly lack both emotional support for the stresses of adolescence, and no generational transfer of knowledge of healthy life strategies. Without appropriate and compassionate intervention, homeless youth are heading into an irreversible cycle of chronic homelessness, total dependence on welfare, and permanent aversion to society. 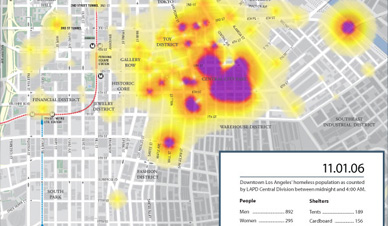 Some Key Facts About Homelessness

Kobe has been the National Ambassador for After-School All-Stars (ASAS) since 2007. He was inspired by the programs’ ability to keep kids safe during the critical after-school hours when they are most likely to join gangs, smoke cigarettes, or experiment with drugs, alcohol or sex. He has met thousands of kids participating in the organization’s comprehensive after-school programs that include academics support, personal enrichment opportunities, and of course, athletic programs.  ASAS currently serves 70,000 low-income, urban youth in 13 cities across the country.

Kobe, whose popularity in Asia was furthered by his participation in the 2008 Summer Olympics in Beijing, has been working to find ways to help American youth better understand the importance of the U.S. – China relationship. To enable this, the basketball superstar’s Kobe & Vanessa Bryant Family Foundation has launched Mandarin language and culture programs in conjunction with After-School All-Stars, Los Angeles.

Originally launched at three After-School All-Stars, Los Angeles middle schools, the Mandarin programs have expanded this and currently exist at five high schools. The programmatic objectives are language acquisition and orientation to Chinese culture. Students will also be learning the ancient martial art of wushu; the most popular national sport in China.

KVBFF supports this unique educational program and China summer tours for students through a partnership with the UCLA Confucius Institute.

The Mandarin programs are in line with the President and First Lady Michelle Obama’s “100,000 Strong Initiative,” rooted in the importance of having young people in the United States build relationships with their peers in China and creating a mutual understanding around the world.

“We are continually grateful to Kobe Bryant for giving the students of After-School All-Stars this incredible cultural opportunity,” says the organization’s President and Executive Director, Ana Campos.   “Due to [our] students’ socioeconomic circumstances, many of them have not had the opportunity to venture far from their inner-city communities. Kobe Bryant has granted students the opportunity to learn about an entirely new culture, which cultivates tolerance, respect and worldliness. This knowledge of acceptance is also important in gang prevention.”

Fan interest from China has grown rapidly since Yao Ming joined the league in 2002, and NBA popularity there is at an all-time high. Statistics reveal that 300 million out of China’s 1.3 billion population play basketball, additionally “83 per cent of males between 15 to 61 years old are interested in the game,” and the NBA was reported to be “the most popular sports league in the country. “Reports on NBA jersey sales over the four years spanning from 2006-2010 reveal that Bryant’s jersey was the top-selling jersey in China.

The relationship between China and the U.S. will define the future of the world and of both our countries. Creating strong ties between our two communities is more important than ever. The 2008 Summer Olympics served as a particularly formative experience for Kobe in developing an expanded sense of global citizenship. It also solidified his affection for and connection with the people of China. While filming an Olympic promotional show, Kobe befriended Cao Yan, a 14-year old boy with spina bifida and arranged for Cao to receive life-changing medical treatment in Los Angeles. In 2009, he partnered with the China Soong Ching Ling Foundation to launch the Kobe China Fund as his first global charitable initiative to raise funds and awareness for education and health programs. An annual fundraiser charity event takes place every summer during the Nike Asia Tour. Proceeds raised from the event go towards supporting local education and health programs within China.